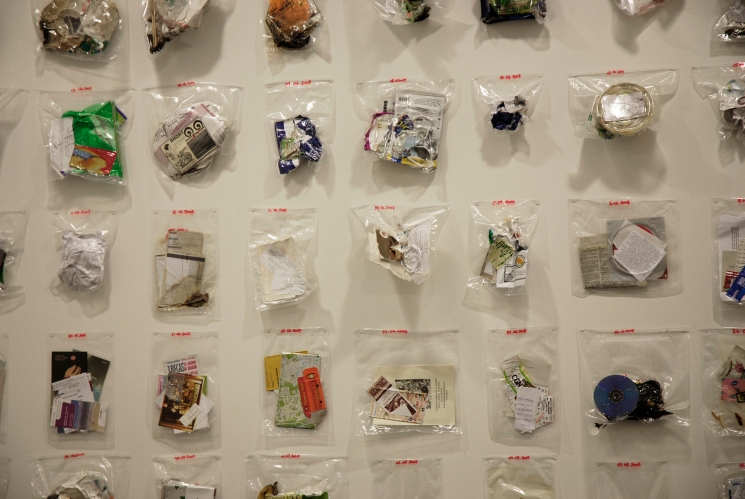 The installation is composed by the chronological arrangement of my daily trash, vacuumed into transparent food-bags and pinned on a wall. This self-portrait developed from the accumulation of garbage, claims the act of collecting and sorting rubbish as a main artistic activity, as it is also the irruption of the private inside into the public outside. The installation was presented at the 2007 year’s exhibition of the Academy of Media Arts of Cologne.